Welcome to the European Energy Award

The European Energy Award supports local authorities in establishing interdisciplinary planning approaches and implementing effective energy and climate policy measures through the rational use of energy and increased use of renewable energies. There are more than 1,500 municipalities participating today. 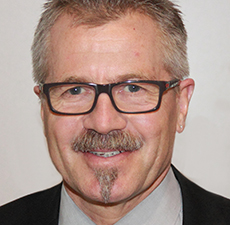 Miko Runkel
Mayor of Chemnitz
In order to meet the challenges of climate change at municipal level, the eea has proved to be an effective steering tool, helping to tap existing potential, bringing together key stakeholders, initiating new activities, implementing measures and thus providing reasonable weight to climate protection in the city of Chemnitz. Marie-Pierre Gramaglia
Minister of Public Works, the Environment and Urban Development of Monaco
The eea is a tool that incentivizes action. It assisted the government in giving more prominence to its commitments toward its climate policies. Walter Hartlieb
Mayor of Kötschach-Mauthen, Carinthia
The eea program is an extensive tool which offers municipalities a chance to achieve a continuous improvement of the energy efficiency, identify potentials for the use of renewable energies and increase environmental awareness, under inclusion of the population and the local specific features. At the same time one can compete in an amicable competition against municipalities from all over Europe. With the work in the municipalities we pursue a common aim to protect the preservation of our intact nature for later generations! Alain Juppé
Former Prime Minister of France, President of the Greater Bordeaux area, Mayor of Bordeaux
The European Energy Award is a methodological support tool designed to enhance and bring about recognition of the quality of the climate and energy policy that we are conducting in our territories. Our efforts are real and respond to the climate challenges of tomorrow. The continuous improvement process inherent to the European Energy Award has led us to go even further to build with all the local actors a territory resolutely directed towards the energy transition. Doris Leuthard
Federal Councillor, head of the Federal Department of the Environment, Transport, Energy and Communications (2010 - 2018)
European Energy Award Municipalities attest to the success of an energy policy based on renewable energy sources and energy efficiency. Rémy Pagani
City Councillor of Geneva
Working together for a city that is 100% renewable in 2050: by adopting this vision, the City of Geneva has joined the European cities providing the greatest momentum for the trend towards energy savings and greenhouse gas emission reductions. The City of Geneva received the European Energy Award Gold in 2010. Barbara Schwickert
Director, Public Works, Energy and the Environment, Bienne
The European Energy Award is helping the City of Biel work to realize its potential for action on energy policy. It spurs us systematically to assess planning, construction, supply, mobility, communication / cooperation and organizational considerations and to take appropriate measures. Andres Türler
Former City Councillor, head of the Department of Industrial Activity, Zurich
The number of people coming to the City of Zurich to live and work – or for pleasure or school – is steadily rising. They are attracted not least by the high standard of living. We want to maintain that standard, but use less energy. The European Energy Award Gold encourages us on the long road to the 2000 Watt Society. Franz Untersteller
Baden-Wuerttembergs minister of environment
For the state government of Baden-Württemberg, cities, municipalities and counties are important partners to build a powerful alliance in order to reach ambitious energy- and climate protection goals. The European Energy Award has proven to be a helpful instrument for establishing these alliances.